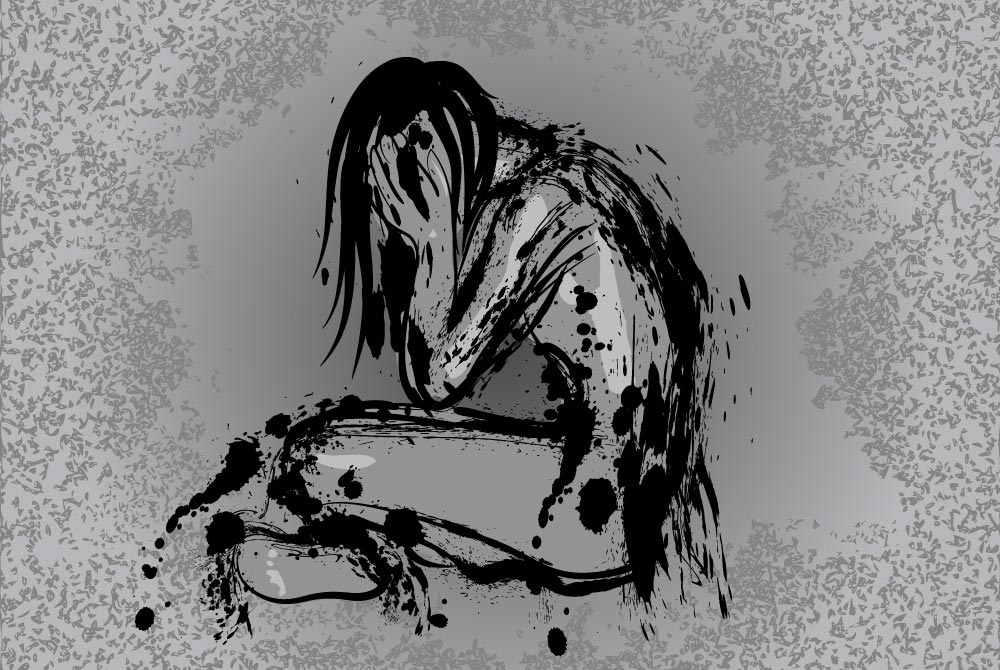 Her eyes were fixed upon

While Batman, Robin, and the Silver Surfer

Neither dilating nor contracting with each

heroic struggle for the forces of good.

The Beatles sang The Fool on the Hill

And Ginsberg showed a generation the

werewolf in the mirror with Howl

While latex-gloved hands closed her eyes

And placed a sheet over her face.

their greetings to the world

While she lie in her coffin

Pressing against the sharp velvet

But the Earth covered her

While the spade was

I want to share Artania with the world. So decided to start posting videos of readings on You tube. Here’s Chapter 1 of The Pharaoh’s Cry.

I’m a dork. I’ll admit it. Always have been.

While others lounge in bed snoozing away as long as they can, what do I do? I roll out of those warm, cozy covers just to set my fingers on the keyboard. Just to pretend I’m 14, skateboarding the streets of Santa Barbara, hoping my latest crush notices me. Or that I’m a slime-covered creature bent on invading dreams. Or, sometimes, a lonely alien anthropologist seeking to understand the human’s world.

I don’t know Gucci from garage sales or microblading from microwaves. I hate to shop and never paint my fingernails. While other women accessorize with French knotted scarves, spring purses, and bright rings, bracelets, and necklaces I leave the jewelry in the box, having no idea where to start.

My t.v. has 1 channel, Netflix, that I only watch when I’m too exhausted to read which culturally leaves me out of the loop. While my coworkers chat about the latest show to binge watch or which star is dating who, I smile, and nod, and think, Who the heck are they talking about? All the while wishing we could talk Latin roots and word derivations in 19th century literature.

I’m even a dork at the gym.

While other gym rats reach for the weights, their brows drawn together in consternation as they lift another twenty pounds, I tap my feet to I tunes. Some might read while spinning on the stationary bike. Not me. When I’m on the elliptical, I put on “Dancin’ With Myself” and try to sneer like Billy Idol or slide my hands over air pretending to be a rapper on stage. Fun!

I’m a freak for music.

While others drive the California freeways as if trying to win a race to nowhere, I crank the tunes and steering wheel dance while singing off-key to a rocking beat. Not just one type of tune either. Any genre of the last sixty years is fair game for my happy gyrations. From David Cassidy to Dion. Red Hot Chili Peppers to Rage Against the Machine. Elvis to Eminem. Bee gees to Boys to Men. I love them all.

And you know what?

I wouldn’t have it any other way.

Does reading excite you? Does it make you want to recreate scenes of flying, dueling or trekking? Do you sometimes find yourself acting out the adventures in your living room? We often find inspiration to create in new ways when we read. With animated results.

I’m the kind of person who puts myself in the stories I read. In my mind, I’m flying with Harry Potter on a Nimbus 2000, helping  Dalgleish solve the murder, or learning to grok from Valentine Michael Smith. And I’ll admit, there are times I’ve been so excited by a book that I recited some of the dialogue or acted out the scenes at home. My neighbors might giggle at my silly antics, but that expression is invigorating, giving rise to all kinds of ideas that I use in my novels.

So the next time you find yourself reading a passage that sparks your creativity, go ahead. Paint. Leap. Sculpt. Act. Sing. Play. Or dance.

(How Artania Came to Be)

Our world was born from the magic of two.

The smiling twins whose creations grew.

They painted walls with ideas anew.

Until the dark day we came to rue.

When one jealous hand used mud to undo.

And the life of many too soon was through.

But listen to this prophecy with open ears.

To know what happens ever thousand years.

The Shadow Swine will make you live in fear.

Bringing death to those whom you hold so dear.

For they will open the doorway so wide.

That none of you will find a place to hide.

And the Creators will stop

As their dreams are drained.

Before 12 moons wax and wane.

But hope will lie in the hands of twins

Born on the cusp of the second millennium.

On the eleventh year of their lives.

Their battle will be long with 7 evils to undo.

Scattered around will be 7 clues.

And many will perish before they are through.

But our world will be saved if their art is true. 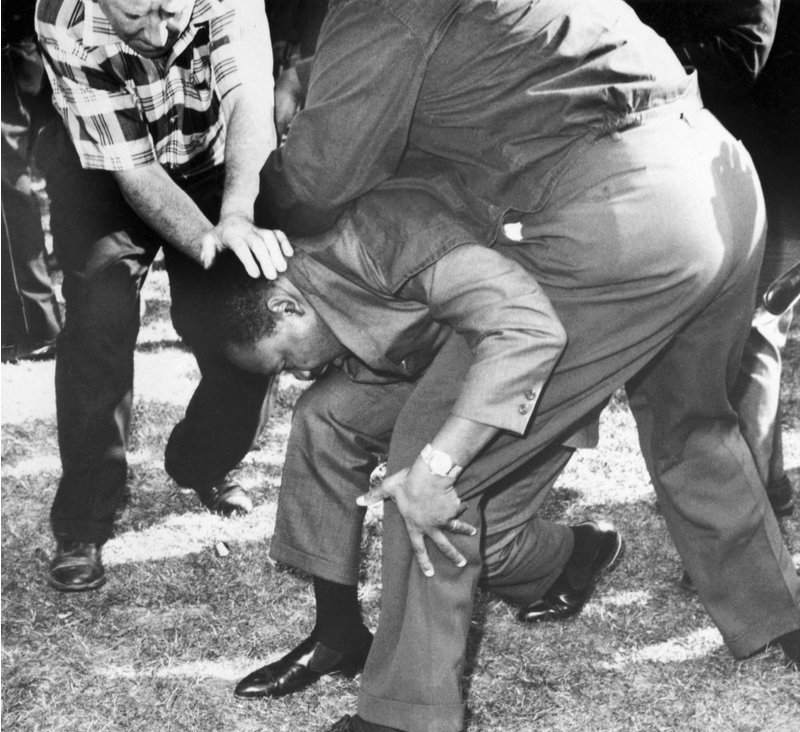 As the heckler’s rock struck Dr. King in the head, he fell to one knee. Staring at the ground, the crowd waited. What would their leader do? Give in to fear? Or rise up and continue?

He stood tall and continued to lead the march. It was August 5, 1966 and Martin was in an all-white neighborhood of Chicago protesting housing discrimination.

Now, when he was struck he could have retaliated with anger. He could have flung that stone right back.  But Martin Luther King Jr. was a man of peace. Of God. And he had a wisdom so often lacking today.

We teach by example.

Just a few days later he withstood blistering summer heat to speak at a rally in the city’s football stadium. There in Soldier Field he spoke of how tired African-Americans were often living in rat-infested slums, and being lynched physically in Mississippi, and  spiritually and economically in the North.

No hatred in his words. No vitriol. No dividing lines.

But he did draw lines in the sand. On one side was the dream of equality and justice. The other side racism, malevolence, and suffering.

We have that power today. We can reach out hands to those who are different from ourselves in friendship or use them to fling rocks at the innocent and righteous.

I, for one, choose friendship.

Who is with me?

Some people just get it. They understand what is important and how to express that for others.  Blogger, Max Winters, is a prime example and here is his blog post on Medium as proof.

Read “How to Inspire Kids.”

~ The Power of Words ~ It is impossible to listen to the news and not be struck by the way words are being used to cover up hateful actions and outright lies by our leaders and politicians. Words are powerful as Martin Luther King knew. The 2002 Caldecott Honor children’s picture book Martin’s Big…

Paula Frojae has many dreams but right now her foremost hope is to create free art forums in new mediums. She believes, like I do,  that everyone has an artistic side just waiting to be expressed.

Not that she always created. As a child being raised in La Mirada, Paula was neither a good student nor a musical or visual artist. She had ADHD, needed glasses for astigmatism, and always envied people who played an instrument or could draw, wishing she could do one of them.

Paula did try an art class in high school and enjoyed it but her attempts at pottery and drawing were less than successful.

Then she took a photography course and everything changed. She loved gazing through that lens to see the world in a whole new way. Then, later in the dark room, she could manipulate images to match her visions of beauty.  She grew in her art, filling  boxes with black and white photographs of life and family.

But when the digital wave struck, she began to struggle. Though she knew how to frame a shot and understood shading in black and white, this new digital world of photography was alien to her.

So she sought something new to do in her spare time. To no avail.

Paula was still seeking a means of expression when she broke her foot in 2017. With a lot of time on her hands and unable to walk, drive or go to work, she was at a loss. Then, her landlord  asked if she wanted to learn how to paint with water-color. Hesitant at first, she didn’t know how to respond. She couldn’t draw, was accustomed to seeing art through a lens, and had always worked in black and white.

Would she be able to find her voice in color?

After her landlord set up his watercolors, paint brushes and paper, he showed her how to mix blue and yellow to make green, and red and yellow to make orange.  Over time she learned how to add more blue to make the colors darker or yellow for a lighter effect.

Nervously, she tried to copy a photo of some green hills with water in the front afraid of what the results might be. But when she painted a straight line across the paper, she realized that no drawing was required.

She could do this!

First, she painted the horizon, then, while that was drying, she painted the sky. Next thing she knew she had painted an entire picture. When she stood back, she had to admit that it was pretty good. Her landlord applauded her efforts as did others who saw the picture.

Their encouragement fueled her passion. She began ordering more and more art supplies as she experimented with different subjects.

Months of expression. Plants. Trees. Seascapes. These she took to a print shop to have copied into small unique cards. Those she could share or sell.

In her quest to find the artist within.

Grady Harp just wrote a review for Artania that nearly brought me to tears. I am humbled and overflowing with gratitude for his words.